The 4th of July did not always mean fireworks, hot dogs or a trip to the beach. Years ago it had a more traditional meaning. Somehow over the years, we have lost much of our patriotic pride that used to be exhibited to the fullest on Independence Day. As for me, I am very patriotic, but I still enjoy our trip to the beach every July 4th.

Traditional Independence Day celebrations used to include the singing of the National Anthem and the Reading of the Declaration of Independence. It was a time of remembrance and one of thanksgiving for the freedom we enjoy as Americans. Marching bands, local militias doing drill marches and a lot of flag waving were the order of the day. Afterward, a speaker would usually give a patriotic speech and then more singing, then a covered dish dinner on the grounds.

Our current “National Air ” or anthem is of course The Star-Spangled Banner, but it probably was not the song played in this position on the program. President Woodrow Wilson first ordered the SSB to be played at military and naval occasions in 1916, but it was not designated the national anthem by an Act of Congress until 1931. Before that time, “Hail Columbia” had been considered the unofficial national anthem. The words to “Hail Columbia, Happy Land!” were written in 1798 by Joseph Hopkinson (son of Francis Hopkinson, composer and signer of the Declaration of Independence), and set to the tune of “The President’s March,” a tune composed by Philip Phile for President George Washington’s inauguration.  ‘Hail Columbia’ is still used as the official song for the Vice President of the United States of America.

Whether vocal, instrumental or military, there is a wealth of American Independence Day music that could be inserted here.  “The Liberty Song”, written by Founding Father John Dickinson in 1768 and set to the music of William Boyce’s “Heart of Oak” was perhaps the first patriotic song written in America. The song contains the line “by uniting we stand, by dividing we fall…”  Others written in the 18th century were “Ode for the 4th of July” and “Ode for American Independence” (1789).  “The Patriotic Diggers,” published in 1814 was popular in the period. If it was another ‘patriotic hymn’ read and sung, “The American Star” is a good possibility because it is one of the few non-religious songs published in the original Sacred Harp hymnal (#346, 1844 ed.).  The first publication of the song was in an 1817 collection entitled The American Star, which was inspired by the War of 1812 and also included the first printing of the Star Spangled Banner.   White and King’s “The Sacred Harp” was first published in 1844, but it was based on William Walker’s “Southern Harmony” (1835).

Taken from https://randolphhistory.wordpress.com, by Mac Whatley , with introduction by WT Cox 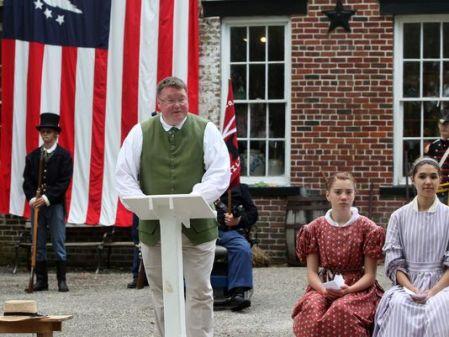 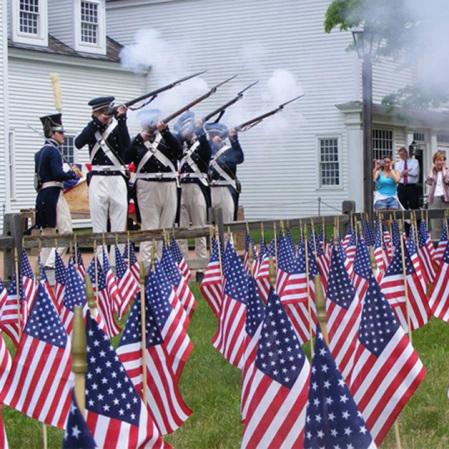