What Does Red String and Randolph County have in common?

Did you know that Eastern Randolph County was considered one of the most anti-war areas during the Civil War?  Our Quaker heritage made this area a haven for deserters and a stopping point for the underground railroad were run-away slaves were directed north to other Quaker settlements until they reached a “free state”.

Our county had one of the lowest slave population percentages of any North Carolina county east of the mountains.  It had one of the highest percentages of “free people of color,” former slaves who had been emancipated before the war years.  This was due to the fact that Quakers historically made up the predominant religious group in the county, and the Friends had been in the forefront of manumission and abolition activities in North Carolina since the 18th century.  The Quakers from Randolph and Guilford counties were in the forefront of those smuggling slaves out of the South on the Underground Railroad.  It is perhaps no surprise that there are no Quaker monuments, as Friends did not even mark their own graves with more than an uninscribed rock until after the Civil War.

When the war did finally come, Randolph County residents were reluctant to embrace it.  When the state legislature called for a referendum on secession, Randolph County’s state senator Jonathan Worth actively campaigned against it.

On that election day, the voters of North Carolina narrowly rejected the secession Convention.  But in the Piedmont, the traditional Piedmont Quaker counties overwhelmingly voted for the Union.  Chatham County voted against by a margin of 15 to 1; Guilford by a margin of 25 to 1. In Randolph, editor E.J. Hale exulted in the Asheboro Herald of March 3, 1861: “Listen to the thunder of Randolph!” The final vote of 2,579 against 45 in favor of secession was the largest in the state– 57 pro-Union voters to every one pro-Confederate secessionist.

Several times each year during the war, government troops were sent from Raleigh to restore civil order and arrest deserters and “outliers,” or draft dodgers.  The county was under martial law for much of the war.  In the election of 1864, the anti-Confederate Peace Party or “Red String” candidates won every elected office in the county, from Confederate Congress to Governor to Sheriff.  Again, the state newspapers cried foul.  But that was the true voice of Randolph County, despite sending more than a thousand of its boys off to war. 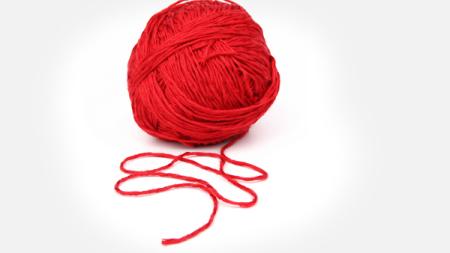 Historian Bill Auman points out that Randolph County in 1861 had the third-lowest volunteer rate in the state.  The enlistment rate for North Carolina as a whole was 23.8%; in Randolph, it was 14.2%.  As the war went on, conscription acts were passed by the CSA to force men into service; 40% of the state’s draftees in 1863 came from the recalcitrant Quaker Belt counties, with Randolph contributing 2.7% of its population to the draft that year.  North Carolina as a whole contributed about 103,400 enlisted men to the Confederate Army, about one-sixth of the total, and more than any other state.  But this does not mean those troops were all loyal Confederates; about 22.9% (23,694 men) of those troops deserted, a rate more than twice that of any other state.

The Confederacy did not publish statistics on desertion, but at least 320 of Randolph’s nearly 2,000 men deserted from their regiments, with 32 deserting twice, five deserting three times, and one deserting five times!  Forty-four of these deserters were arrested, 42 were court-martialed, and at least 14 were actually executed. So many deserters and outliers hid in underground dugouts, with their campfire smoke seeping up out of the dirt, that their rugged mountain hideout took on the name Purgatory Mountain- wreathed in the fires of Hell. Even when they returned to Confederate duty, there was no guarantee that these men would stay.  196 captured Randolph county Confederates took the Oath of Allegiance to the Union before the end of the war, with 67 joining the Union Army.

There are also numerous stories about Quaker Conscientious Objectors, who even though drafted, refused to bear arms despite humiliation and torture in the army ranks.  Thomas and Jacob Hinshaw, Ezra, Nicholas and Simeon Barker, Simon Piggott, and Nathaniel Cox, all Friends from Holly Spring Meeting, were forcibly enlisted in the 52nd NC Infantry when they refused to pay $500 each as an exemption fee.  They refused to hire substitutes and they refused to fight, even after being repeatedly “bucked down”- tortured by having their arms and legs bound so they could not move for hours.  In camp, they were harshly disciplined for refusing to carry guns or participate in military training.  An officer wrote that “these men are of no manner of use to the army.” But they were kept in the ranks as virtual prisoners, hands tied and made to march at bayonet point.  Finally left on the battlefield at Gettysburg, where they were nursing the wounded, the Quakers were captured by Federal cavalry and imprisoned at Fort Delaware as prisoners of war. A concerted effort by Quakers of Wilmington, Delaware resulted in their pardon and release by Secretary Stanton and President Abraham Lincoln himself.

Perhaps the most glaring omission in the Randolph County narrative of its Civil War history is the story of Howell Gilliam Trogdon (1840-1910), a native of the area south of Deep River between Cedar Falls and Franklinville.  The Trogdon family is a classic example of one with divided loyalties; half a dozen served in Confederate uniforms and died on the battlefield or served all the way to Appomattox. Many of those who stayed at home became ring-leaders of the secret anti-confederate Peace movement, the Red String.  Reuben F. Trogdon, who in 1866 won the vote for Sheriff and served as Randolph County’s first Republican elected official, was said to have been the leader of the Red String during the war.  His cousin Howell Gilliam Trogdon, on the other hand, moved to Missouri and became a Zouave in the Union Army.  In the siege of Vicksburg, under orders from Ulysses S. Grant, Trogdon led the nearly-suicidal charge against “Stockade Redan,” a Confederate fort.  Of the 250 men involved in the charge, only Trogdon and two others made it to the top of the parapet.  For his actions in 1863, he was awarded the Congressional Medal of Honor- the first North Carolinian and the only Randolph County soldier ever to win that honor.

While many in Randolph County were against the war and preferred not to fight, there were also many who did support their State.  The mills along Deep River were vital to the Confederate War Effort for their production of cotton cloth.  There was also a foundry south of Ramseur that produced guns for the Confederacy. The foundry was on Reed Creek and owned by James Stout. Mr. Stout had three sons, William, J.C and Calvin who all served in the Confederate Army, but Calvin deserted in 1864 and was captured.  Letters show that he was pardoned mainly because his father produced much needed arms. Letters show that Calvin, along with a Burgess from Franklinville were selected to carry a load of Stout Rifles to Richmond.   The “Stout Rifle” was a classic hunting rifle with an octagon barrel.  Many of the Stout guns that were produced for the CSA had round barrels and were larger caliber.  There are only a few of the Stout rifles in existence today and are highly sought after by collectors.

–Taken from “Notes on the History of Randolph County, by L. McKay Whatley”, and   W. T. Cox